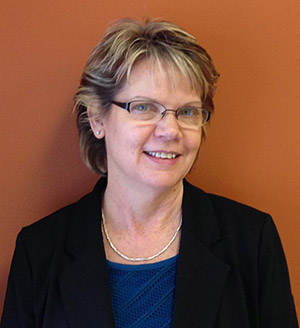 Akron, OH, 3/18/16 – Brenda Muczynski has recently been promoted to GenFed Financial Credit Union’s Regional Branch Manager. She will be the manager of the Ohio East/Indiana Region. Brenda has been employed with GenFed since 1997 and has spent 42 years working in the banking industry. She began working for the former Wadsworth Federal Credit Union (which later merged with GenFed) while she attended Wadsworth High School. She later worked for a local bank and then came back to GenFed as a loan officer. Throughout her career Brenda has also spent time working as a teller, a loan clerk, an office manager, and a branch manager of two branches. Brenda opened GenFed’s second branch in Wadsworth on Great Oaks Trail in 2003.

In her new role Brenda will oversee five branches in the Ohio East/Indiana Region. Those branches have over 9,631 member/owners/account holders, $45 million in loans, and an asset size of $97 million. She will focus on daily operations, growth and business development, and providing superior service. Brenda is looking at her new role as a challenge. She said, ‘I’m excited and looking forward to working with different branch employees and communities. But this isn’t about me. It’s about helping employees in the Ohio East/Indiana Region continue their successes.”

A Wadsworth Native, Brenda continues to live in Wadsworth and raised her family there; Brian age 34 and Lisa age 29. Brenda has a grandson; Isaac age 3. Brenda said, “The Wadsworth Community and Credit Unions have always been important to me. I’m excited I get to delve deeper into new communities as well as credit unions.”

GenFed has 25,000 member/owner/account holders and $227 million in assets and is able to provide credit union services to anyone that lives, works, worships, goes to school or volunteers in Medina, Summit and Portage Counties. New members receive their first $25 deposit from GenFed. Stop in or give us a call to open your account. Visit us online at www.genfed.com for more information about GenFed.